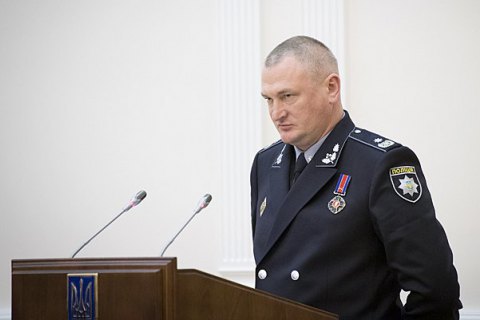 Head of the National Police Serhiy Knyazev is asking the government to increase the financing of his department by 4 billion hryvnia.

The available financing may not be enough until the end of the year, he said at the board of the Ministry of Internal Affairs in the presence of Interior Minister Arsen Avakov and Prime Minister Volodymyr Groysman.

Knyazev said that the allocation of extra 2.158 billion hryvnya in the end of 2016 into the ministry's budget played an important role in increasing the effectiveness of countering crime, including the increase in salaries for criminal investigators and other police officer, which was a powerful incentive.

"Today we are looking for opportunities to raise the salaries of district police officers and other categories of police workers who have not receive a salary rise in 2016, "Knyazev said.

The increase in salaries made it possible to close 5,000 vacancies, he said. The newcomers are passing the training and will go to work in four or five months.

"At the same time, the 2017 state budget provides for 16.6 billion hryvnia in funding for the national police, which only covers regulatory requirements but is obviously insufficient for its proper functioning. According to our estimates, the funding covers the actual requirement only by 39%," Knyazev said.

The additional funding requirement for 2017 calls for another 4,150 billion hryvnya.

According to him, the police are provided with gasoline and other oil products only until July, and by ammo - until May.

"Investing in the police will have a significant social impact, primarily in strengthening the citizens' trust in the executive authorities in combating crime and corruption," Knyazev said.