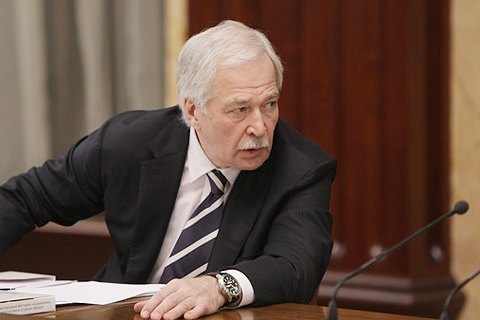 The Russian government has moved to supply electricity to the so called Luhansk People's Republic, Russia's representative to the Trilateral Contact Group, Boris Gryzlov, told Interfax on 25 April.

He said the supplies will be in the framework of "humanitarian support."

In his opinion, the residents of the self-proclaimed separatist "republic" just cannot pay for electricity and therefore Ukraine's actions are "politically motivated and absolutely contrary to the Minsk agreements."

Gryzlov said that the issue of providing electricity to Lugansk Region will be considered on April 26 at the peace talks in Minsk.

On Tuesday night, Ukraine has shut down all power supplies to the occupied part of Luhansk region, according to the operator of the country's power grids, state-run national energy company Ukrenergo. As a result, Lugansk, Alchevsk and Perevalsk for some time remained blacked out.

The disconnection was the result of 4.9 billion hryvnia back payments of the "LPR" consumers before the company Lugansk Energy Association (LEO). The disconnection has been agreed with the Ministry of Energy of Ukraine.