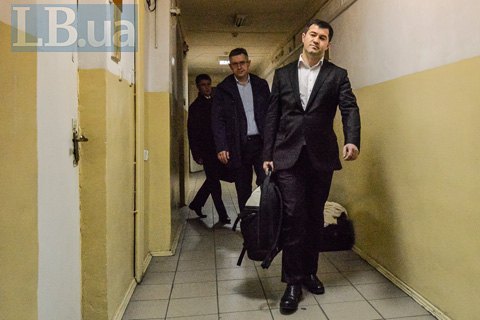 Kyiv's Solomyanskyy District Court on 27 April ruled to extend the preventive detention for the former head of the State Fiscal Service Roman Nasirov for two months, until June 26, an LB.ua correspondent reported from the courtroom.

Nasirov should continue to wear an electronic bracelet and not leave the city. His passports will remain on storage at the State Migration Service.

Neither Nasirov nor his defenders were present in the courtroom.

Nasirov has been indicted of illegal spread of tax debts to former MP Oleksandr Onishchenko, and 2bn hryvnia damages inflicted to the state (abuse of office).

Nasirov was fired from the post of GFS head on 3 March.

He has been jailed from March 7 to 16 until his wife posted a bail of 100 million hryvnia.