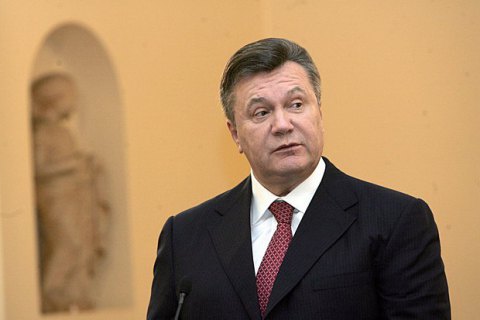 A Kyiv court confiscated 1.5bn dollars that have been arrested on the accounts of former President Viktor Yanukovych and his entourage, to the state budget, Prosecutor-General Yuriy Lutsenko and Secretary of the National Security and Defense Council Oleksandr Turchynov said at a joint briefing on 27 April.

"The decision of the last instance court to confiscate the arrested funds of Yanukovych and his entourage came into force today," Lutsenko said.

He said about the 1.5bn dollars have been confiscated are being transferred to the state-owned Oschadbank.

In January 2015, the State Financial Monitoring Agency reported having blocked 1.42bn dollars in accounts of companies associated with former President Yanukovych, his relatives, officials of the former government and related persons. By June, the volume of blocked funds exceeded 1.5bn dollars.

On May 4, a Kyiv court will begin hearing in the case of Yanukovych on the charges of high treason.