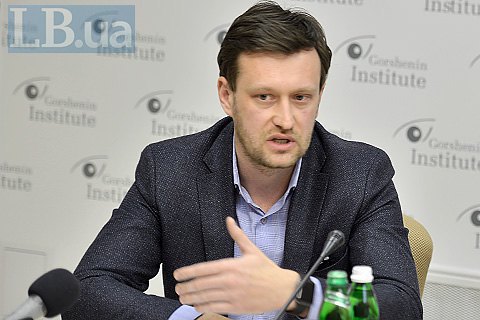 An expert of the think tank Reanimation Package of Reforms, Pavlo Yankovskyy, believes that Ukraine has no other choice but introduce a funded pension system.

"The solidarity system introduced by Bismarck over a century ago was built at the mutual aid fund, when a generation of workers finances pensioners who are past the retirement age. It worked perfectly when families had 4–5 children, so solidarity system had a ratio of 15 workers for one retiree," Yankovskyy told a round table conference in Gorshenin Institute.

"However, in today's situation, when an average Ukrainian family has 1.6 children, tomorrow we will be less than yesterday. We need to modernize the economy and, above all, social security," Yankovskyy stressed.

"Clearly, we should introduce individual pensions, when a worker accumulates pensions for himself on his accounts and protects them. There is simply no other option. At the same time, it needs to be introduced smoothly, with a transition period to mitigate the global shift. We will have to use some compensators for the pensions of the people, who will for another 20-30 years be within the solidary system, did not shrink, while the new generation of workers would use a funded system," he said.

In his view, such a compensator can be a modernization of the solidarity system, including a rise in the retirement age and getting rid of the "dead souls". At the same time, the expert believes, it is important to set an exact date of the launch of the funded system, so that the reform would not be wasted for nothing.

Yankovskyy cited the example of the successful introduction of funded pension system in Chile.

"Chile, which introduced the accumulative system in the 1980s, in 20 years received an economy of accumulation funds commensurate with the country's GDP. The total assets of pension funds – and this is 30-year long money that we lack so much – are at 191bn – with Chile's GDP at around 200 billion. There is a huge amount of money in the country, which we are now guzzling away to solidary system," Yankovskyy stressed.