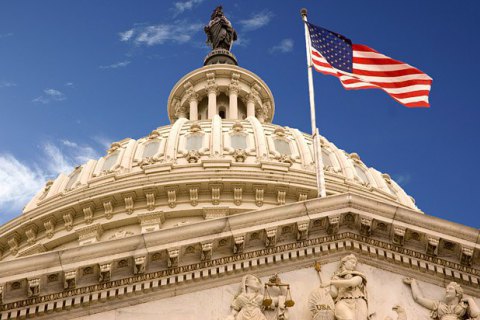 After weeks of political bargaining and search for compromise, the upper house of the US Congress adopted by a majority vote the consolidated state budget project worth a total of 1,100bn dollars in the 2017 fiscal year ending on 30 September.

The bill was supported by 79 senators while 18 opposed. The House of Representatives voted for the document the day before. For the final entry into force, the document must be signed by President Donald Trump.

It is expected that the head of the White House will sign the document promptly, as the term of authorized financing of the government expires on Friday, after which the government "shutdown" may ensue.

The updated budget provides for a 15bn-dollar increase in defence spending and an additional 1.5bn dollars to ensure border security, especially with Mexico in the south.

Among other things, the document also books at least 560.465m dollars in support for Ukraine.

As reported, it is planned to allocate at least 410.465m dollars for various types of assistance, and 150mn dollars for the Ukraine Security Assistance Initiative.