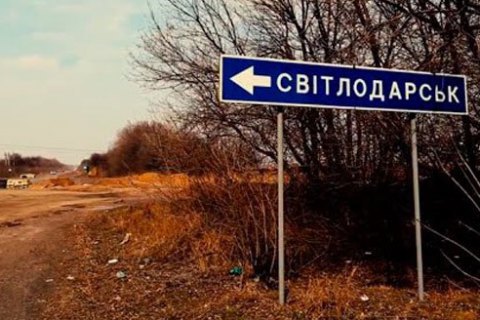 The soldiers who died on the Svitlodarsk salient in Donbas on 2 May were from the 53rd brigade of the Armed Forces of Ukraine, the brigade's press officer, Oleksandr Lyubchenko, told Hromadske TV on 5 May.

Talking about the circumstances of their death, Lubchenko said that one of the fighters was wounded when he was on the frontline.

"His comrades went to help him but came under enemy fire. Unfortunately, the other two got killed while trying to save their comrade. One of them mined himself to escape capturing but died as his injuries were incompatible with life," he said.

Lyubchenko says the positions of the 53rd brigade in the area of Luhanske were heavily shelled and attacked by two militant saboteur groups last night. As a result, three Ukrainian soldiers were wounded.

The situation on the Svitlodarsk salient remains tense, Lyubchenko said.