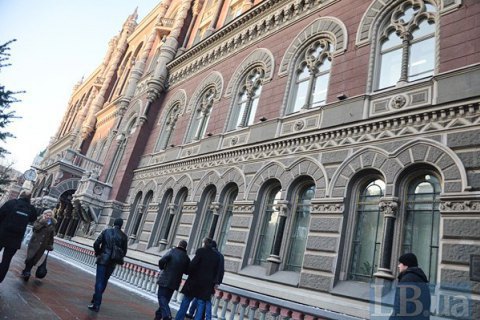 Ukraine's gold and currency reserves in April grew by 2.05bn dollars up to 17.175bn dollars as of 1 May, the National Bank of Ukraine said in a statement on Friday [5 May].

The increase in the reserves was due to the fourth tranche of the International Monetary Fund (996.2m dollars), the European Commission tranche (579.1m euros), the National Bank interventions in the interbank foreign exchange market (402.3m dollars), and government debt servicing 68.1m dollars.

The current level of international reserves is the highest since January 2014.

In early May, the reserves were supposed to receive another 1.1bn dollars, confiscated from the entourage of the former President Viktor Yanukovych.