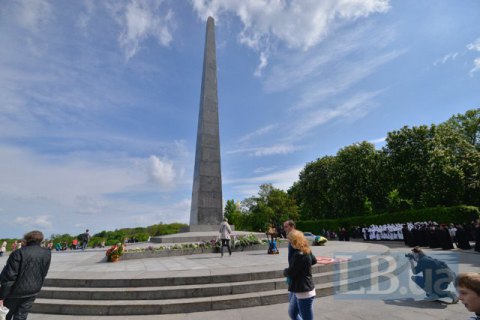 A scuffle has broken out on Kyiv's Glory Square near the Unknown Soldier obelisk where several thousand people came to lay wreath.

There were several dozen nationalists holding red-and-black flags near the obelisk.

Participants in the Immortal Regiment campaign started to express their anger, which led to an angry verbal exchange. One of the participants attempt to break through to the obelisk to rip down the flag.

Participants in the Immortal Regiment were holding one big red flag and a few small red banners.