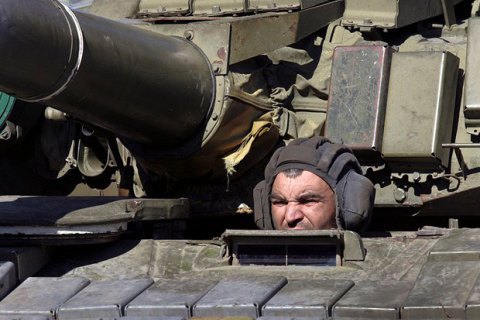 The situation in Donbas remains tense but is under control of the Ukrainian Armed Forces. One Ukrainian serviceman has been killed and one wounded since the start of 9 May as a result of 32 shooting attacks by pro-Russian militants in Donbas, the antiterrorist operation (ATO) HQ press service has said on Facebook.

The militants used 120-mm mortars in the Donetsk and Mariupol sectors in addition to 82-mm mortars, grenade launchers of various systems, heavy machine guns and small arms, which were used in all the three sectors.

The ATO forces adequately returned fire when there was a direct threat to the lives of ATO servicemen.

On 8 May, one Ukrainian serviceman was killed and nine wounded in Donbas.