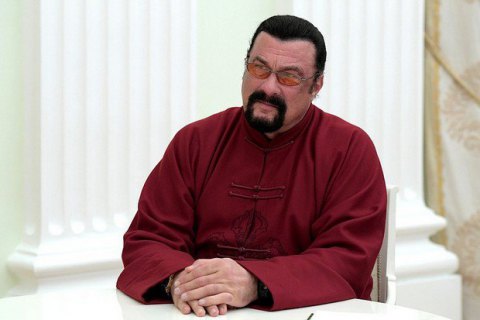 The Security Service of Ukraine (SBU) has denied US film actor Steven Seagal entry to Ukraine for five years, the SBU has said in response to Apostrof's inquiry.

He is believed to be a friend of Russian President Vladimir Putin and holds Russian citizenship.

His actions are also believed to "contradict the interests of Ukraine's security".

The Myrotvorets public initiative earlier put Seagal on its black list, which includes separatists or those who assisted them, those who paid illegal visits to Crimea, supported Crimea's annexation and denied Russia's aggression against Ukraine.