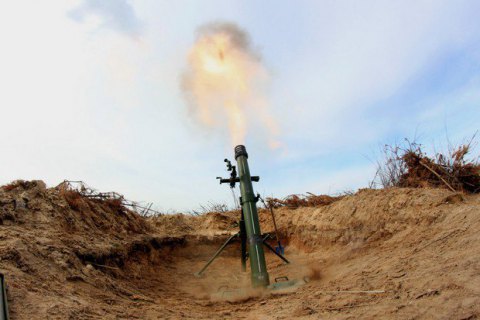 One Ukrainian serviceman has been killed and six wounded in Donbas since the beginning of 30 April, the antiterrorist operation (ATO) HQ press service said in its evening update.

Some of these losses were sustained near Katerynivka in Luhansk Region.

"The enemy used 120-mm mortars against the positions near Katerynivka. According to preliminary reports, a shooting attack against one of the mechanized brigade whose personnel is carrying out assignments near Katerynivka in the Luhansk sector, one Ukrainian serviceman was killed and two more defenders were wounded," the ATO press service said earlier in the day. The attack was launched from militant-controlled Molodizhne.

"Since the beginning of the day, the enemy launched 28 shooting attacks against strongpoints of the Ukrainian Armed Forces […] In some cases, when there was a direct threat to the life of servicemen, commanders decided to open fire in an adequate manner," the report reads.

Two Ukrainian servicemen were killed and four were wounded in Donbas on 29 April.