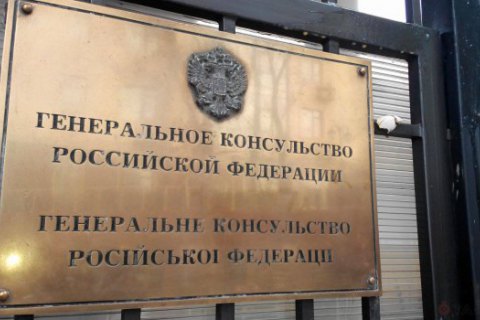 A scuffle has broken out during a protest against the Russian aggression in Odesa, the TSN news studio of One Plus One TV has said. The event was held across the street from the Russian consulate general.

When the protesters were singing Ukraine's anthem, a man in a passing car showed them a middle finger and cursed them.

The activists blocked the car and pulled the driver out by force, after which a scuffle began.

The National Guard had to use tear gas to break it off.

Police took the beaten man under their protection. He filed a report with police while the protesters complained about his disrespect for the national anthem.