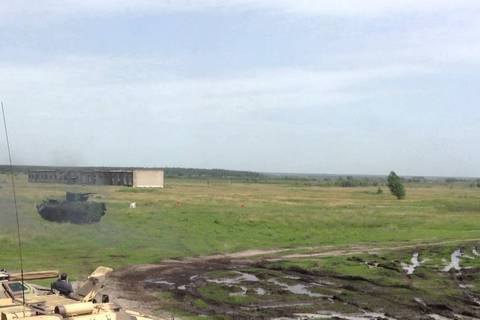 Two servicemen of the Armed Forces of Ukraine were killed during a combat drill at the Chuhuyiv training range in Kharkiv Region, the East Operational Command of the Armed Forces has said on Facebook. The first deputy military prosecutor of the antiterrorist operation forces, Lt-Col Vitaliy Panchenko, said that two servicemen of the 54th detached mechanized brigade succumbed to shrapnel wounds.

"During the exercises with the use of BMP-1 infantry fighting vehicles, two contract servicemen were registered dead. Both were found to have shrapnel wounds. According to preliminary information, a shell exploded near them," Ukrinform quoted Panchenko as saying.

Investigation is underway. Two scenarios are being probed: wrong handling of weapons and commanders' negligence.