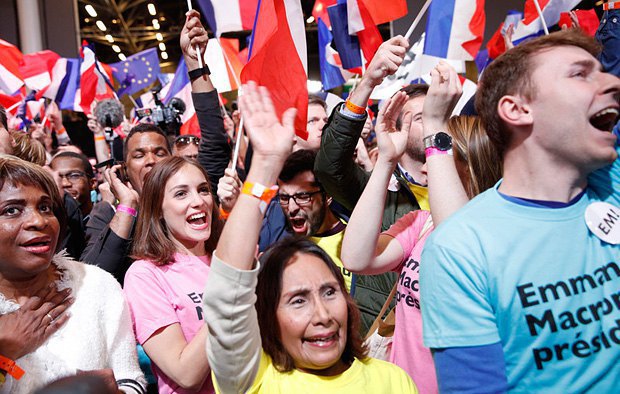 The first round of the election has taken place. How do you assess its results?

Emmanuel Macron's supporters are celebrating victory. Marine Le Pen predictably made it to the second round, and for the first time in the last 30 years there will be no Republican in the runoff. This may be the main distinctive feature of this election campaign.

Whatever the case, the voting results reflect the mood of the French society at the moment. I would say that the French society is somewhat disoriented. This is confirmed by the fact that four candidates, including Jean-Luc Melenchon and Francois Fillon, approached the end of the first leg of the election campaign with the same result: each scored "+/-" 20 per cent. Who knows what would happen, had the election campaign lasted for several more weeks. Maybe Fillon and Melenchon, whose ratings were dynamically increasing at the finish line, would have gone through to the second round.

But it is what is, and in the near future, France will witness a fierce struggle between the finalists.

Earlier you wrote that the campaign agenda of the first round was about hatred. Who used it, and who resisted it?

Emmanuel Macron was the only person beyond this agenda. He was building his campaign on positive things. Discontent and protest mostly played into the hands of far-left Jean-Luc Melenchon and ultra-right Le Pen. 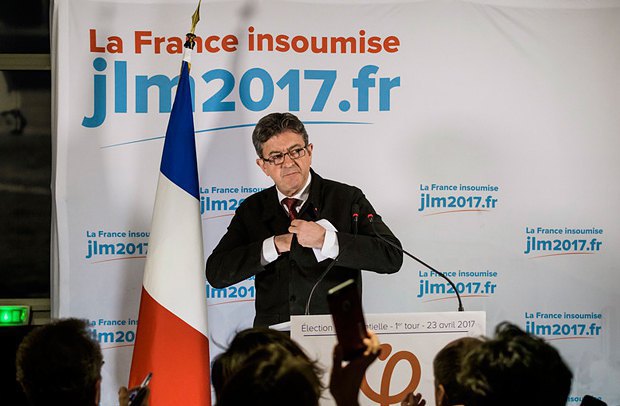 Photo: EPA/UPG
Jean-Luc Melenchon at a news conference after the announcement of the election results.

What were the main points of the election campaign?

Formally, the candidates outlined their positions with regard to economic and social issues, relations with the EU, security and migration issues. But in fact, all experts noted that this campaign was not about a competition of approaches and manifestos, but of the emotions and dirty laundry, of personal attitudes towards the candidates.

The second round will be more ideological, there will be a competition of worldviews. The liberal ideology will compete with ultra-conservative views.

By the way, the terrorist attacks in France during the campaign can play into the hands of the ultra-right. What is the logic of those who committed them?

In my opinion, the logic of those behind the terrorist attacks, as paradoxically as it sounds, is precisely to help strengthen the right, in particular. These acts of terrorism are nothing more than acts of provocation, the purpose of which is to provoke crackdowns by the state and right-wingers against the Muslim community in France. This, in turn, was obviously expected to consolidate and radicalize this community. It seems to me that the French authorities understand this plan well and keep cool, without going around with the terrorists. Although you are right, politically the terrorists' actions add votes in favour of Marin Le Pen. 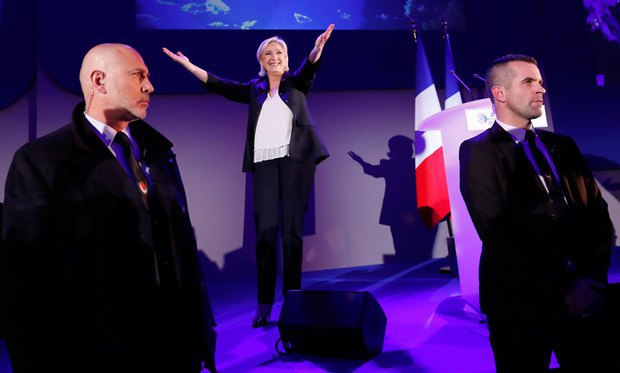 How important was the foreign policy agenda in this election? In particular, relations with Russia, the wars in Syria and Ukraine?

I would not say that these issues were decisive or paramount.

In Ukraine, there are some stereotypes about this, but for French people these questions are not a priority. You may be surprised but Francois Fillon, who is suspected of being excessively pro-Russian here, was the most sensible and consistent supporter of strengthening the EU and boosting France's role in it.

Did the Russian factor play any role in this election?

This question was only raised by Macron's headquarters, his supporters talked about some Internet activities and attempts to discredit the candidate in social networks, suspecting Russia of this.

Macron and Le Pen were more active in commenting on the Russia issue. The latter openly advocated withdrawal from the EU and cooperation with Russia, while the former criticized her for that. This topic may be carried over to the second round. But for voters this issue is not on the agenda.

In your article on LB.ua you said that Macron's HQ had adopted "elements of Obama's 2008 election campaign". Why did it work in the end? What, in principle, ensured Macron's victory in the first round? Did his HQ find an antidote to "Trumpism"?

Yes, indeed many experts yesterday mentioned Americanization as the style of this election campaign. Macron's campaign contained a lot of marketing elements, including networking, work with volunteers, large-scale shows and the like. The war of mudslinging is also rather customary of the US campaign. 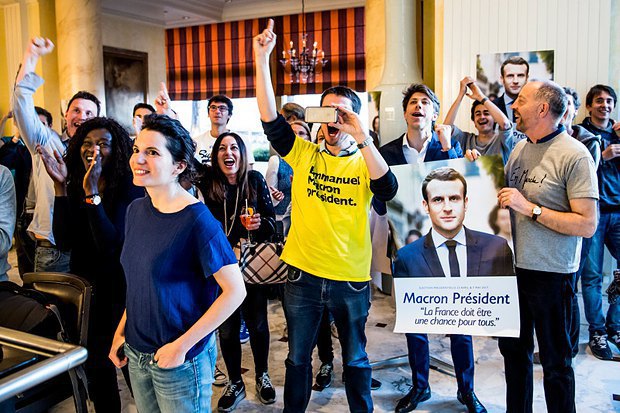 As for "Trumpism", I would put it like this: there was no Trump there. Certain elements of "Trumpism" could be seen in the behaviour of several candidates, but not a single one of them had a Trump-like charisma.

At the initial stage, Macron progressed thanks to the novelty effect, whereas later he won thanks to the actual monopoly in the media, sociology and at the administrative level. Of course, the most effective element of this campaign is the destruction of Francois Fillon's image through the publication of compromising materials against him and his family. Let me remind you that François Fillon was considered the undoubted favourite at the start of the campaign. The result is clear but it can be called a major victory only with a certain degree of caution. Because the enormous resources accumulated by Macron's HQ have not secured him a victory in the first round with a large margin. And last night, experts and politicians started actively discussing the coming elections to the National Assembly of France. Depending on their outcome, it will become clear what powers and influence the future president of France is going to have. For example, some experts do not rule out that in a few months the future president of France can end up with Francois Fillon as prime minister if the president fails to form their own majority in parliament.

This was already the case in 1986, when incumbent Socialist President Francois Mitterrand ended up with Republican leader Jacques Chirac as prime minister.

Should we expect any surprises in the second round?

It will not be easy for any of the candidates. There is a certain euphoria in Macron's HQ and among his supporters, Benoit Hamon and Francois Fillon already expressed support for Macron, but this does not mean that all their voters will take into account these calls. The potential of hatred, which we mentioned at the very beginning, can be channeled into the second round. That is, people can vote not for Le Pen but against Macron. But for now, sociology and experts are in Macron's favour. 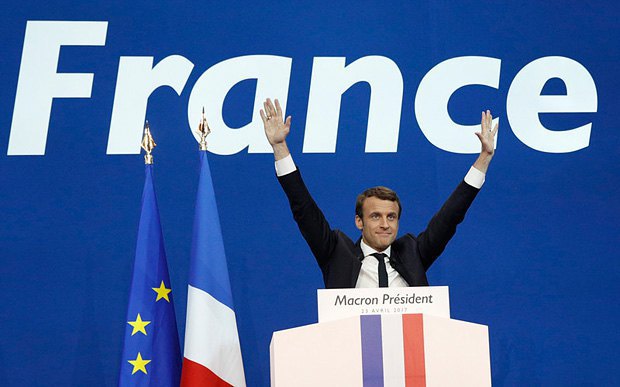 What can the world expect from the new president of France? And what should Ukraine expect from him, given that France is a member of the Normandy Four [format of negotiations on Donbas settlement]?

I will not say anything new. If Macron wins, at least at first the French position will remain unchanged. What will happen in the case of Le Pen's victory is difficult to predict.