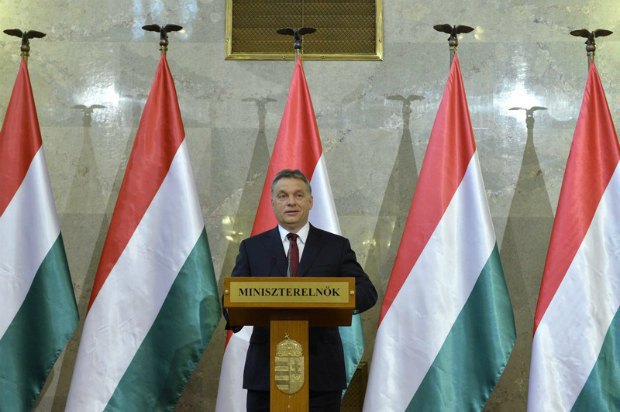 The Hungarian authorities have recently been producing numerous news pegs concerning the issue of the "protection of the rights of Hungarian national minorities in neighboring countries", "restoration of the historical justice" and the like. Such activities are meant to create the illusion of "Hungarian expansion", which, even if it has not happened yet, will certainly take place in the near future under the able leadership of the incumbent Hungarian authorities.

By the way, Russian propaganda is making full use of this by promising Ukrainians yet another split of the country: either in the form of "people's republics", which will this time be formed in the west, or even a complete annexation of some territories by the neighboring state. Moreover, the Russian special services do not stand aside, but actively recruit Transcarpathian residents to at least engage them in paid road blockades in the region, protests against army mobilization and rallies in support of granting the region an autonomy or establishing "republics" of the Subcarpathian Rus type and so on.

True, the hopes of the Russian authorities for the "annexation of Transcarpathian Region by Hungary" are significantly overstated: both because of the EU and NATO factors, and simply because Hungary is a rather poor country whose citizens emigrate en masse in search of a better life (even though its GDP is indeed much higher than that of Ukraine). Therefore, even when Ukrainians obtain a passport of Hungary as one of the EU countries, they do it mainly for economic and not ideological reasons at all. And only because it simplifies further employment. None of those who were granted foreign citizenship would fight for "great Hungary" and especially for incomprehensible enclaves.

Returning to Hungarian leaders' radical statements on Ukraine, it should be noted that in reality the situation is slightly different from the way it is presented by Budapest. And it is no accident, the more obvious is the fact of squandering tens of millions of euros of Hungarian taxpayers in recent years on holding events that proved counterproductive, the more aggressive and radical rhetoric can be heard from Budapest. 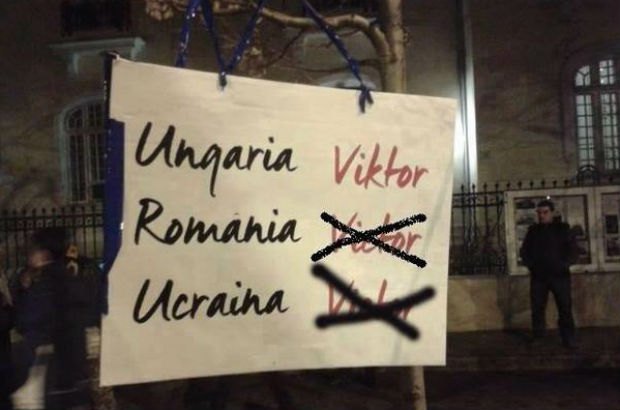 For example, such an element of the Hungarian "soft power" as the massive secret issue of passports to Ukrainian citizens of Hungarian origin has a dubious effect. According to Hungarian Secretary of State for National Policy Arpad Janos Potapi, more than 94,000 Hungarian passports have been issued to Ukrainians by February 2015.

We will not discuss the legal side of the Hungarian actions, enough has been written about their illegitimacy.

However, those who received Hungarian passports in the last 10 years (mostly people of active age, with school or university diplomas and professional qualification) moved to Hungary. But not all of them stayed there – as I said above, Hungary is a European but poor country – and went further to more prosperous EU countries. Thus, despite the massive issue of passports, Budapest has not achieved any significant inflow of "good" Hungarians to the essentially closed (because of the complexity of the language) Hungary. What was revealed was the true scale of the "shrinking" and "aging" of the Hungarian national minority in Ukraine.

Equally doubtful from the point of view of the "promotion of Hungarian national interests in Ukraine" are the results of the Hungarian pension project. A total of 10,000 former Ukrainian citizens have registered to receive Hungarian pensions, some of whom later moved to neighboring Hungary. As a result, the Hungarian authorities attracted not the "quality", able-bodied population, but dependents who put an extra burden on the country's budget.

Also, when one registers to receive a Hungarian pension, he or she automatically loses Ukrainian citizenship - and, consequently, negatively affects the Hungarians' power to exert legal influence on Ukraine's domestic policy through participation in elections. As a result of the massive issue of Hungarian passports and registration for Hungarian pensions, Hungarians form one of the main ethnic groups alongside Ukrainians in one out of 13 Transcarpathian districts only, that is in Berehove. In other districts, the share of Hungarians now does not exceed 10-30 per cent and tends to decrease. Even according to the official data of the Ukrainian census of distant 2001 (when the process of "eroding" of the Hungarian national minority was just beginning), there were about 150,000 Hungarians. According to current estimates, the actual number of Hungarians living in Ukraine has decreased and does not exceed 70,000-90,000 now.

Besides, Hungary's propaganda aimed at "preserving the Hungarian identity" boils down to calls on Hungarians abroad to ignore the culture, traditions, language and important national events of their country of residence. And this leads to marginalization of Ukrainian Hungarians, lowers their integration in Ukrainian society and competitiveness in the labour market (first of all, in "intellectual" sectors and public administration).

Here we should recall the information campaign (launched from Russia) supported by some Hungarian politicians, which took place at the beginning of the military confrontation between Ukraine and Russia in Donbas and was aimed at disrupting the mobilization of Hungarians into the Armed Forces of Ukraine. The propagandists from Budapest, in unison with the Russians, tried to send Ukrainian Hungarians the message that it was "not their war", that "Hungarians should not shed blood for Ukraine" and the like.

For comparison, you can look at the position of another western neighbour, Romania. Despite the attempts by some Romanian politicians to speculate on this topic, official Bucharest stated clearly that Romanians living in Ukraine are primarily citizens of this state and the defence of the country is their civic duty. Romania's only concern was the observance of the principle of proportionality for the Romanian national minority during the mobilization and despatch to the war zone.

As a result of Budapest's information campaign, several thousand Hungarian men of mobilization age left Ukraine, some of whom stayed abroad for permanent residence. That inevitably affected the image of the Hungarian national minority - not only Ukrainians, but also representatives of other nationalities in Transcarpathian Region (Slovaks, Romanians, Poles) did not take well the position of those Hungarians who under a far-fetched pretext neglected their civil duty to protect their own country. 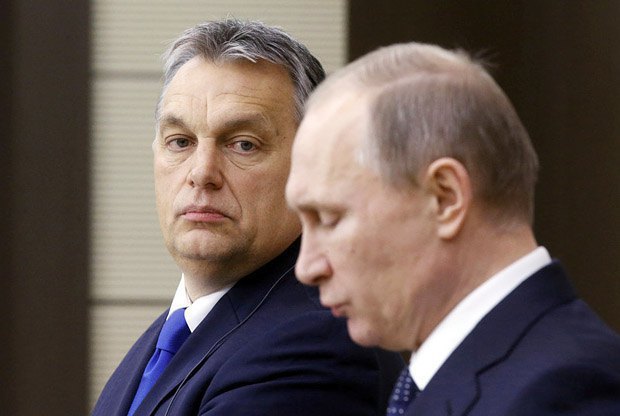 Photo: EPA/UPG
Viktor Orban during a meeting with Vladimir Putin in Moscow, 17 February 2016

Thus, the statements by Budapest politicians about "harassment of Ukrainian Hungarians", "violent naturalization and Ukrainization" and so on, as well as attempts to "strengthen the voice of Hungarians in Ukraine" with the support of radical and separatist movements, constitute an attempt by the current Hungarian authorities to avoid responsibility for the consequences of its own populist policy towards the Hungarian national minority. Not to mention the fact that the pompous "patriotic" statements of the Hungarian authorities with regard to Ukraine are to a large extent caused by the flirting of Prime Minister Viktor Orban and other local politicians with Moscow, reflected in concessions on a number of foreign policy issues. Of course, it is not free: Hungary is actively cooperating with Russia in spite of the EU sanctions.

In many ways, the current Hungarian government is copying the Kremlin style which once also verbosely promised its countrymen wealth and "mountains of gold", but in fact only brought devastation to the occupied regions, and also pain and suffering to its residents. In addition, all residents of Russia are now paying for their government policy which caused the country's international isolation and catastrophic deterioration in living standards.