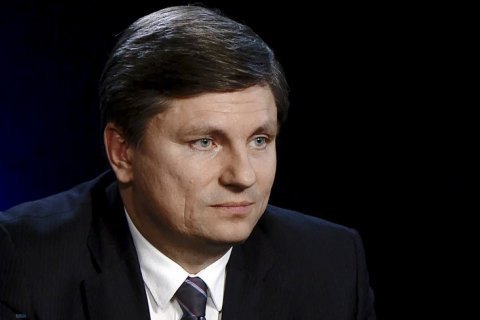 The National Anti-Corruption Bureau and the Anticorruption Prosecutor's Office should investigate whether the 2009 gas contract contained elements of corruption, the head of the Petro Poroshenko Bloc faction, Artur Herasimov, said at a meeting of the Verkhovna Rada's conciliation council on Tuesday, 6 June.

"Last week, an independent international Stockholm court restored justice: the extortionate principle of paying for gas that was used and did not even enter Ukraine. The extortionate price of energy resources will no longer be Russian tool of pressure and blackmail. We demand that independent new anti-corruption bodies – the National Anti-Corruption Bureau and the Anti-Corruption Prosecutor's Office launched an immediate and transparent probe into the situation, and inform this parliament about the results in two weeks' term," Herasнmov said as quoted on the PPB website.

Herasнmov urged the Verkhovna Rada Committee on National Security and Defense, the anti-corruption committee "to look whether the gas contract of 2009 contained components of high treason and corruption".

"There is no need to look for any political motivation or political component [in this request]. There is a decision of an independent international court with an impeccable reputation that clearly established: the contract of 2009 based the "take or pay" principle was predatory for Ukraine. The first war that Putin announced to Ukraine was gas war and the gas contract was a stab in the back," the lawmaker ыфшв.

Yulia Tymoshenko has said that Ukraine defeated Russia in the Stockholm Arbitration Court exactly owing to the 2009 gas contract.