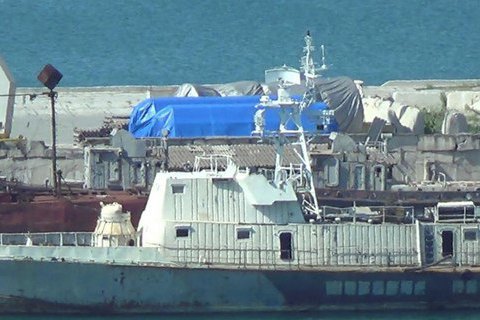 Two gas turbines, probably manufactured by Siemens, have been delivered to the port of Feodosia in the Russia-occupied Crimea, Reuters reported.

The agency posted a freeze-frame from a video, dated 11 July. Reuters points out that they have no independent confirmation of the information that the turbines were produced by the German concern Siemens, whose supplies to Crimea fall under the EU sanctions.

Last week, Reuters, said citing sources familiar with the project, that two of the four Siemens turbines were brought to Crimea for use in power plants under construction.

Siemens confirmed that at least two turbines "against the will" of the company were supplied to Crimea instead of Taman in the south of Russia. The German concern filed an action with the Moscow Arbitration Court against the Russian state-owned company Tekhnopromexport, which is building power stations in Crimea, demanding the return of gas turbines that have been supplied to the Russia-annexed peninsula in breach of EU sanctions.

The German concern sold four gas turbines to Technopromexport in 2015. Both companies claimed that this equipment was destined to the Taman Peninsula, separated from Crimea by the Kerch Strait.

In 2014, the EU banned euro-zone companies from doing business with Crimea.