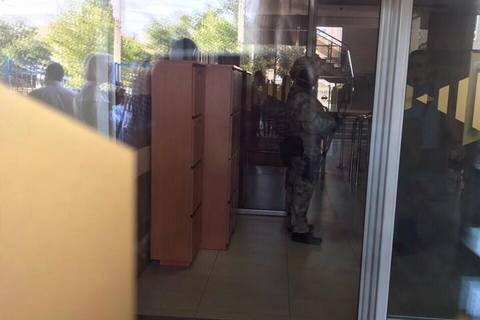 The investigators of the Prosecutor-General's Office on Wednesday morning came with searches at the head office of the National Energy Company Ukrenergo in Kyiv.

"Our employees are not allowed to their workplaces, the situation is extremely tense," the company said on Facebook.

Ukrenergo's acting director general Vsevolod Kovalchuk in a video message said that searches are also conducted at his home.

Investigative actions are being carried out with criminal proceedings opened in April.

"According to the warrant, the searches are to do with Ukrenergo's statutory activities, investment program and procurement," said Kovalchuk.

Ukrenergo is subordinate to the Ministry of Energy and Coal Industry of Ukraine and is among 100 largest state enterprises of Ukraine. The company performs centralized management of the unified energy system of Ukraine and cross-border transmission lines, and provides dispatch services to the participants of the energy system.

Ukrenergo performs operational control over the volume of electricity production and monitors manufacturers' generator sets, fuel reserves and economic efficiency of production in order to balance consumption and production volumes. Because of the status of a natural monopoly, the company's tariffs are set by the industry regulator.

Ukrenergo unites seven regional energy networks and is servicing 23 thousand km of power lines with a voltage of 220–750 kV. The company regularly conducts auctions and sells rights to export electricity from Ukraine to neighboring countries.