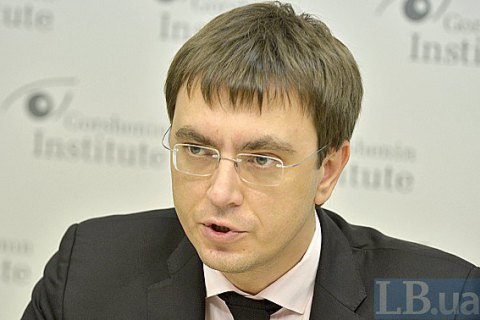 From the first day of the signing of the memo between the airport Boryspil and the Irish low-coster Ryanair it was clear that there was sabotage, Ukraine's Infrastructure Minister Volodymyr Omelyan said on the air of the TV channel 112 Ukraine.

"I was genuinely surprised at [Boryspil's CEO] Ryabikin's position but he did it once again accurately disrupt the negotiations, because all the things that he has voiced, true or false, are confidential that cannot be made public."

"In the meantime, Lviv airport has signed an absolutely lucrative contract with Ryanair. Boryspil has been offered the same conditions. However, Boryspil's goal was different from the outset: to block Ryanair's entry into Ukraine and not negotiate," the minister said.

"From the very first day it was clear that it was an open sabotage of the deal. I hoped Mr. Ryabikin would heed not only to the opinion of [Boryspil stakeholders] Mayberg or Kolomoisky but to the leadership of the country. He decided to play his own way," Omelyan said.

The minister is confident that the entry of Ryanair would be a huge step forward for the Boryspil airport as it "would allow accumulating the number of passengers and earning on non-aeronautical services, as it is practiced all over the world," the minister added.

Ryanair announced the cancellation of flights to and from Ukraine.