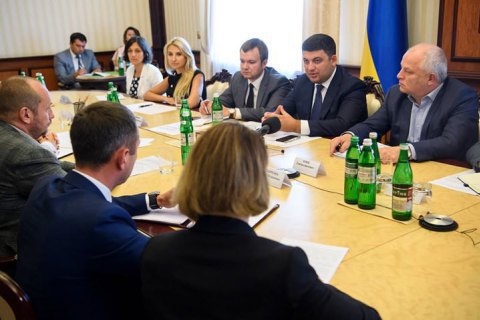 Ukrainian government is set to resume negotiations with the irish Ryanair low-coster regarding the airline's entry out to the Ukrainian market. Prime Minister Volodymyr Groysman in a Facebook release said he had held a special meeting with the leadership of the Ministry of Infrastructure, the Ministry of Justice, the Boryspil airport, the Airports Association of Ukraine, the Office of Investment Promotion and Support.

As a result, decisions were made, which was "accepted by all participants".

"Firstly, apply to the National Anti-Corruption Bureau and the Antimonopoly Committee of Ukraine regarding the assessment of the entire negotiation process with the participation of the Ministry of Infrastructure and the Boryspil Airport regarding compliance with the legislation and conditions of the competition;

Secondly, the meeting decided to resume the negotiation process with Ryanair, in which, along with the Ministry of Infrastructure and Boryspil Airport, the director of the Investment Promotion Office, Danylo Bilak, will be involved," Groysman wrote.

Ryanair announced its entry into the Ukrainian market on March 15. The airline planned to start flights from Boryspil on September 6.

However, on 10 July, Boryspil CEO Pavlo Ryabikin said he would not sign a contract with the carrier because Ryanair wanted too big concessions. After that, Ryanair announced that it would not enter the Ukrainian market, accusing the airport of not implementing agreements earlier reached with the Ministry of Infrastructure.

"Ukraine is not yet a sufficiently mature or reliable business location to invest," Ryanair said.