Most Ukrainians (51.6%) believe that Ukraine should integrate into the European Union while about 10.2% support integration into the Customs Union created by Russia.

23.3% of respondents oppose integration with both the European Union and the Russian Customs Union. Another 8.8% could not answer this question.

In Western Ukraine, an overwhelming majority of 77.9% respondents support the policy of rapprochement with the EU, in Northern Ukraine – about half, in the other regions – every one in three. 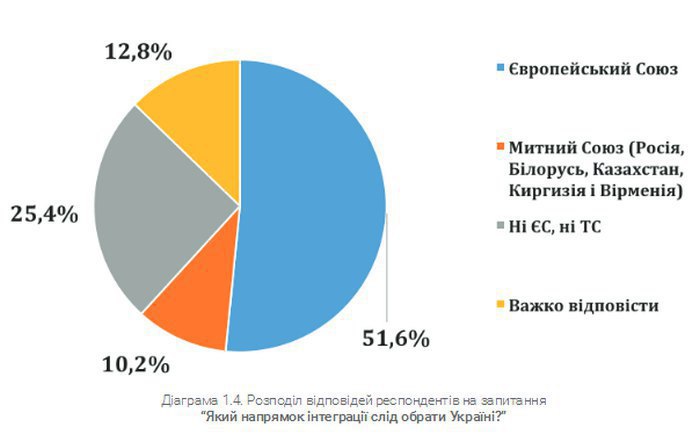 At the same time the number of supporters of European integration has dwindled slightly.

"We see some disappointment of Ukrainians in both the European Union and Russia supporters. Ukrainians feel left to their own devices and apart from their neighbors," Director of the FFE Representative Office in Ukraine, Mattes Buhbe, said as he presented the poll's findings.

Also, the poll shows that one in four Ukrainians believes that rapprochement with the EU is expedient in terms of common labor market (26.5%), economic system (26.4%), and a joint security system (24.2%). 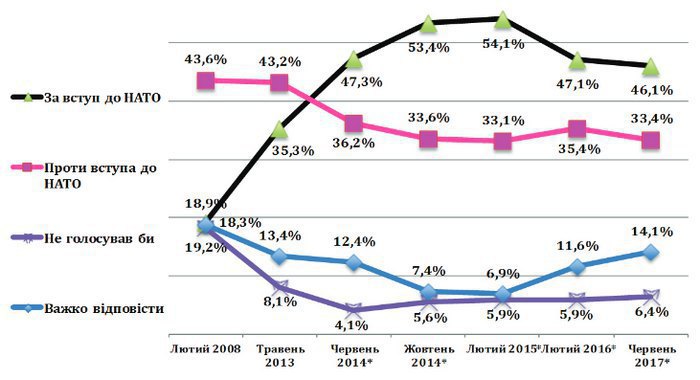 One in five Ukrainians believes that convergence is advisable in terms of joining the Schengen zone, as well as a common foreign policy.

At the same time, 17.9% of respondents believe that Ukraine does not need to get closer to the European Union at all.

The study was held by Gorshenin Institute and the Friedrich Ebert Foundation in Ukraine & Belarus through a series of face-to-face interviews.

In total, 2000 respondents over 18 years of age were interviewed in all regions of Ukraine (except for the occupied territories of Crimea, Sevastopol, Donetsk and Luhansk regions).

The margin of error does not exceed 2.2%.