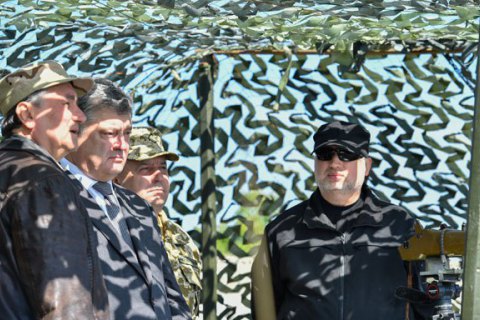 The Internet publication Hromadske got hold of and published the text of the bill setting fort the state policy for the restoration of state sovereignty over the temporarily occupied territories of Donetsk and Luhansk regions.

The bill that aims to terminate the antiterrorist operation refers to Russia as an aggressor state.

The document defines the occupied territories and recognizes as illegal all the bodies of the occupation authorities that are currently operating there.

The purpose of the state policy with regard to the occupied Donbas is to determine the liberation of the territories and the restoration of the constitutional system; protection of the rights, freedoms and legitimate interests of Ukrainian citizens affected by Russian aggression; strengthening of independence, statehood, and ensuring the territorial integrity of Ukraine.

To this end, the President of Ukraine is given the powers to decide on the use of the Armed Forces of Ukraine and other military formations provided by law. Currently, the army can only be enlisted in the case of ATO or martial law. The management of the forces and assets that are involved in military operations will be entrusted to the Joint Operational Headquarters of the Armed Forces.

Its commander will be appointed by the President of Ukraine on the proposal of the Chief of the General Staff.

"The Joint Operational Headquarters of the Armed Forces of Ukraine is responsible for planning, organizing and monitoring the fulfilment of tasks to ensure defence, state, economic, information and environmental security in Donetsk and Luhansk regions, including directing the activities of civil-military or military administrations, if established in Donetsk and Luhansk regions on the issues pertaining to national security and defence," - so the powers of the Joint Staff are described in the draft law.

On 13 June, NSDC Secretary Oleksandr Turchynov in an interview with Interfax-Ukraine said that the antiterrorist operation must be ended to be replaced with a new format of the nation's defence from the hybrid war that Russia wages against Ukraine. He said that the relevant bill is under development, after which it will be submitted for approval by the president and submitted to the Verkhovna Rada.

Commenting on Turchynov's statement, President Petro Poroshenko specified that the bill will concern the reintegration of Donbas and envisage a number of measures to return the occupied territories, particularly determine their legal status.

The bill was planned to be considered at an NSDC meeting on July 10, but this matter was postponed.