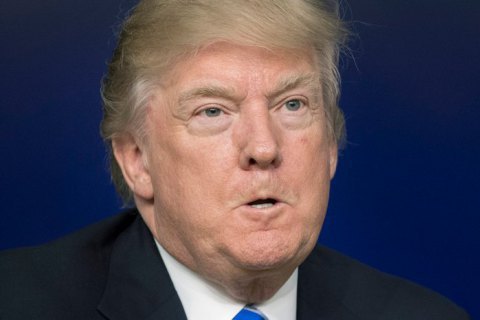 US President Donald Trump asked the US Attorney General to investigate Ukraine's interference in the US elections.

"The US efforts to sabotage the Trump campaign - "quietly working to boost Clinton." "So where is the investigation AG," the US president wrote on Twitter on 25 July.

Politico, am American publication, in early 2017 in the article "Ukrainian efforts to sabotage the Trump backfire" by Kenneth P. Vogel and David Stern alleged that Ukraine interfered in the course of the US 2016 presidential campaign.

The authors, referring to Andriy Telizhenko, a former employee of the Ukrainian Embassy in the United States, said that the embassy has allegedly worked closely with Oleksandra Chalupa, an American of Ukrainian descent, closely associated with the Democratic Party of the United States, helping her collect compromise materials regarding Trump's campaign manager Paul Manafort.

The article stated that the embassy promoted Chalupa, which for her part became an important source of information about Manafort for the US and Democratic Party media. Manafort had to quit the job at Trump's campaign headquarters on a wave of media reports about his links with Russia.

Vogel's article in recent days has sparked discussions around the alleged equivalence of the US Democratic Party's described communication with the Ukrainian Embassy in the United States and last year's contacts of Donald Trump Jr. with persons who promised to hand over compromising evidence on Hillary Clinton from the Russian government to the Trump's headquarters.

The Ukrainian embassy in the US refuted the accusations of cooperation with the Democratic Party.