Human hunt. People detained in Belarus during protests tell stories of torture and humiliation
Chief prosecutor asks Rada to give consent to detention, arrest of MP 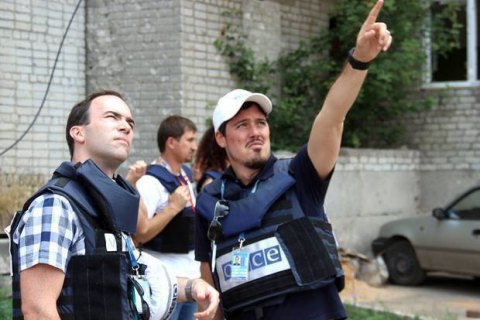 Special Representative of the US Department of State for Ukraine Kurt Volker said that Donbas is now "not a frozen conflict, but a hot war." "A few observations that I would make just after visiting today: This is not a frozen conflict. This is a hot war. It is truly a high degree of suffering as a high human cost to this conflict," Volker said during the visit to the front-line Avdiyivka on Sunday.

"I came here personally to get acquainted with the details. I can say that this is a terrible tragedy, because we know that Ukraine is a flourishing state. Our main task is to restore the integrity and sovereignty of Ukraine."

Volker said that after his visit to Ukraine he planned to hold a series of meetings with representatives of European governments to consolidate the position on the situation in the ATO zone with the allies.

The delegation of the US State Department, led by Volker, met in Avdiyivka with the military, representatives of the military civil administration and the affected residents of the city. The delegation visited the renovated school and Avdiyivka Coke and Chemical Plant.

When answering an Interfax-Ukraine question at a press conference in Kramatorsk on Sunday if the United States understand that the situation in Donbas is not an internal conflict or a civil war but an open aggression of the Russian Federation against Ukraine, Volker said: "Yes, we understand this, we see what is happening, we understand how this conflict began, we understand how it is managed now. "

On 7 July, US Secretary of State Rex Tillerson appointed the former US ambassador to NATO Volker a special envoy for Ukraine. He will coordinate the efforts of the State Department to resolve the conflict in Ukraine.

Volker is a specialist in international relations. Since 1986, he worked as an analyst in the CIA, since 1988 – in the US Department of State. In 1998, Volker became the first secretary of the American mission to NATO, in 2005, and in 2008–2003 - Deputy Assistant Secretary of State for European and Eurasian Affairs.

For 9 years, he was the US ambassador to NATO.