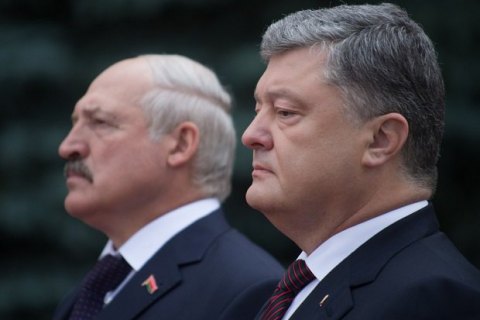 President of Belarus Alyaksandr Lukashenka has guaranteed to Ukraine security from the north.

"Today I once again received the assurance that the territory of the friendly Ukraine of the Republic of Belarus will never be used for aggressive actions against Ukraine, and the Ukrainian-Belarusian border will never be the border of war," the President of Ukraine Petro Poroshenko said after a vis-a-vis meeting in Kyiv on 21 July.

The guarantees given by are relevant in the context of the forthcoming Russian-Belarusian military exercises "West-2017". Ukrainian Defense Minister Stepan Poltorak said on July 21 that the exercises would be extremely powerful and could potentially become the basis for a Russian invasion in Ukraine or any other European country.

Strategic exercises "West-2017" will be held from September 14 to September 20 this year simultaneously in several training ranges of Russia and Belarus.

Russian Defense Minister Sergei Shoigu said the West-2017 will be "the main event of joint training of Russian and Belarusian armed forces in 2017".