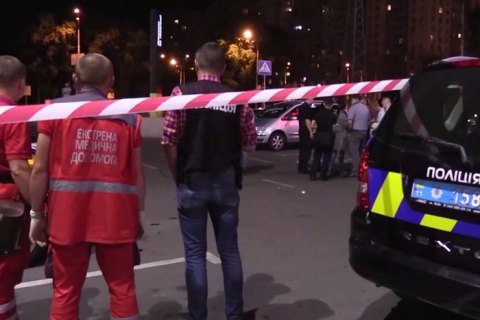 Unknown individuals killed a man at the parking lot outside a shopping mall not far from the Chernihivska metro station in Kyiv at around 23:20 on 19 July. The killers made 10 shots, threw the rifle and fled in a car that was parked along the road, according to Kyiv Operative website.

On the air of the TV channel 112-Ukraine. The spokeswoman for Kyiv police Yana Nerush said that the deceased, born in 1964, was a native of the Russian Federation.

Police found a Kalashnikov assault rifle, a traumatic pistol and 5.45 mm cartridges at the crime scene. Police says there were two murderers.

National Police spokesman Artem Shevchenko said on 112-Ukraine that the deceased, a native of Azerbaijan named Mamedov, has committed a murder in his homeland and took hiding in Ukraine.