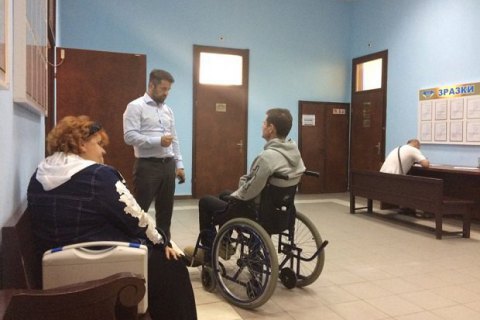 Lviv region's appeal court on Wednesday released Valeriy Postny, a key figure the "gas case" against the runaway MP Oleksandr Onishchenko, Ukrainian News reported on Wednesday, 19 July, with reference to a source in the NABU. The Court overturned the decision of Lviv's Halitskyy District Court, which warranted the arrest on July 3.

Postny is considered a key suspect in an embezzlement scheme in the extraction and sale of natural gas in the framework of agreements on joint activities with Ukrhazdobycha OJSC. The scheme, organized by Verkhovna Rada deputy Oleksandr Onyshchenko, is believed to have inflicted 3 bn hryvnia in damages to the state.

Postny was taken into custody in the summer of 2016 with a pledge of 250mn hryvnya. On 16 June, , Postny was released as the term of his detention expired, but was immediately detained by the National Anti-Corruption Bureau and faced new charges. A court warranted his taking into in custody with a 10mn hryvnya pledge. The pledge was made, however, Postny was again detained on a new suspicion and arrested with a pledge of 50mn hryvnia.

The man moved around in a wheelchair and repeatedly complained about his health. The prosecutor's office claimed that Postnyy simulates a disease and can flee the country.

Postny has been having a residence permit in Germany since 1996.