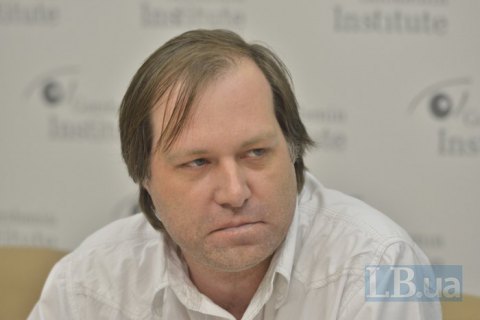 Ukraine does not have enough specialists in cyber security, senior inspector for special commissions in the Cyber Police Department of the National Police of Ukraine, Vyacheslav Martsynkevych, told a roundtable at Gorshenin Institute on Thursday, 20 July.

Speaking about the consequences of the 27 June attack by the Petya ransomware on Ukrainian companies, he said that there are very few specialists in this field: "I can say that even many network security companies are short of truly competent workers."

"Our department, the so-called special agents' squad, was recruited about a year or two years ago. It employs 25 people with more than enough experience," he said.

Martsynkevych believes that the consequences of the virus attack a month ago are yet to be overcome.

"The consequences, in my opinion, are enormous, since a lot of both state-owned enterprises and private businesses were exposed to the failure of computers and servers. The work of many enterprises was paralyzed. If the backups stored on Windows servers were damaged, IT specialists in companies need to reinstall the entire infrastructure and try to restore the documents that have been developed for years. Even if a company resumed operation, many documents have been lost and they keep working to restore what is important to them," cyber policeman said.

Deputy head of the Presidential Administration of Ukraine, former director of Microsoft Ukraine, Dmytro Shymkiv, has said that up to 10 percent of private, government and corporate computers have been compromised by the 27 June cyber attack.