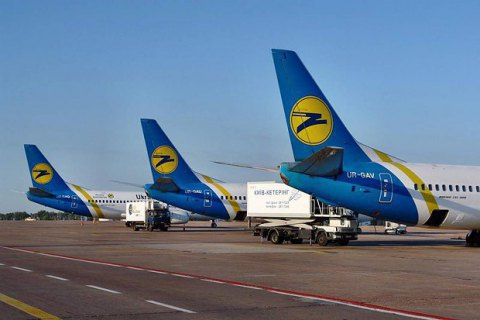 The airline Ukraine International Airlines (UIA) filed a lawsuit with the Kyiv Economic Court against the Ministry of Infrastructure seeking UAH 20 mn in compensation.

As stated in the lawsuit, promulgated by the minister Volodymyr Omelyan, UIA lowered prices for its tickets "to preserve passenger traffic" after the Irish lowcoster Ryanair, which intended to enter the Ukrainian market, began selling tickets for its flights. Now that Ryanair has closed the ticket sale, UIA demand the government to compensate them for lost profits.

In addition, the UIA is suing Lviv airport, demanding to cancel the contract with Ryanair.

A lawsuit has also been filed against the Ministry of Infrastructure with the demand to prohibit "providing, facilitating, and forcing to provide benefits (discounts, benefits, other advantages) for Ryanair that are not available to UIA."

Ryanair announced its entry into the Ukrainian market from 15 March. The airline planned to launch flights from the International Aiport Boryspil on 6 September.

On 10 July, Boryspil refused to take into account a number of requirements of Ryanair, estimating the probable annual losses from the airline's work at 2 bn hryvnya. After that, Ryanair announced the cancellation of flights to Ukraine. The government intervened in the situation and resumed talks with Ryanair.

No progress has been reported so far.