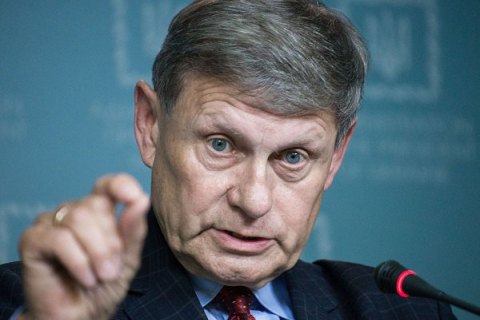 Polish economist Leszek Balcerowicz retired from the Strategic Group of Advisers to Support Reform in Ukraine in the spring of 2017, MP Serhiy Leshchenko said.

"Leszek Balcerowicz quietly resigned from office, he just did not extend the contract," he wrote in an article for the site of a TV channel.

According to Leshchenko, former Deputy Prime Minister and Minister of Finance of Slovakia Ivan Miklos continues to work as a reform adviser in Ukraine.

The creation of the Strategic Group of Advisers to support reforms in Ukraine, led by Leshek Balcerowicz and Ivan Mikloshem was announced in the spring of 2016.

In the autumn, the Strategic Group of Advisers completed the development of a package of key reforms and forwarded it to the President, Cabinet and Verkhovna Rada for consideration.

Balcerowicz was the vice-prime minister and minister of finance of Poland in 1989–91 and 1997–2000, and also as Chairman of the National Bank of Poland in 2000–2007. He is considered the author of reforms that have transformed Poland.