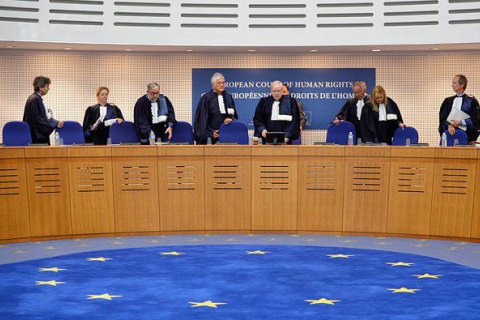 The European Court for Human Rights issued the first decision on complaints lodged against the state, related to the loss of its control over part of Donbas.

The complaint was filed by prisoner Oleksandr Khlebik, serving a sentence on charges of several crimes, including banditry and armed robberies. On 2013 April, a court in Luhansk Region sentenced him to 8 years and 9 months of imprisonment, which he is serving in a prison of Starobelsk, Luhansk Region. Soon after the conviction, Khlebik appealed the sentence in the Luhansk Court of Appeal but the court a has not review his appeal because Ukrainian authorities lost control of the city in 2014. The consideration of the appeal became impossible, because the materials of the case remained in the Russia-occupied Luhansk.

Khlebik in the ECHR complaint claimed that the state of Ukraine violated his right to exercise fair justice in an acceptable time period.

Judges of the European Court of Human Rights unanimously recognized that Ukraine is not responsible for the consequences of losing control over the territory of the Luhansk region. Taking into account Kyiv's arguments that Ukraine has made every effort to obtain case materials and granted the plaintiff an opportunity to meet with the ombudsman, as well as arguments that a new investigation into charges against Khlebik without access to the case materials is impossible, the ECHR decided that Ukraine has not violated the convention.

This was the first case among several thousand such complaints in which the ECHR studied the complaint related to the loss of Ukraine's control over a part of Donbas territory.