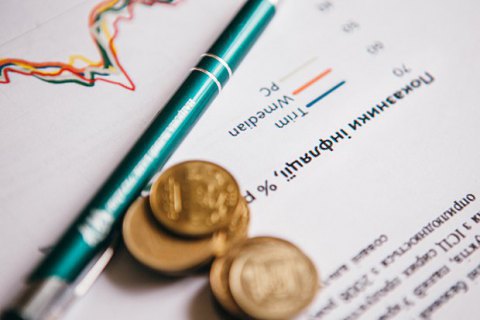 The National Bank of Ukraine will not change the size of official discount rate (12.5%), because of the risks to inflation targets.

The central bank said in a statement released on its website Thursday, the inflation rate on an annualized basis reached its peak in June and will now decline.

"The actual value of the overall inflation in June (15.6%) was higher than the forecast due to a sharper hike in the price of raw foodstuffs. The increase in prices for meat and milk continued to accelerate due to higher world prices and significant exports of these products. The prices of fruit and vegetable in June has also exceeded NBU expectations, which was due to both the loss of part of the crop and changes in the methodology of the calculation of consumer inflation," the National Bank said.

"However, July will most likely demonstrate deflation that will continue in August. Accordingly, in annual terms the inflation will gradually approach the trajectory predicted by the National Bank. This is evidenced by a significant drop in price of fruit and vegetables in the past few weeks."

The current inflation outlook provides that inflation will slow down to 9.1% by the end of 2017, but the NBU assumes that the real value may be higher.

"The rapid recovery in consumer demand can be further stimulated by an increase in budget expenditures and pension payments in the second half of the year, which creates a risk of increasing the fundamental pressure on prices," the NBU said.

The regulator does not plan to mitigate monetary policy, until it sees clear signs of the leveling of inflationary risks and improvement of inflation expectations.