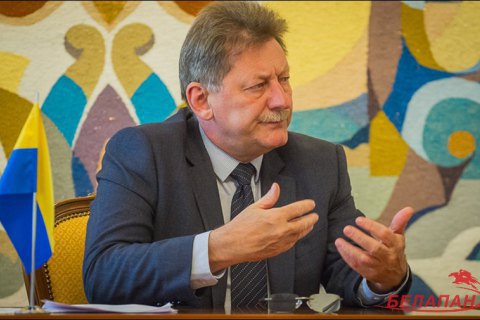 Ukrainian and European sanctions may be slammed on Belarusian companies that export foodstuffs to the runaway DPR and LPR, says Ukrainian Ambassador to Belarus Ihor Kizim.

In an interview with Belorusskie Novosti, Kizim said that "some Belarusian manufacturers openly admit directly exporting to Donetsk, Luhansk, and Crimea."

"However, we officially warn the Belarusian side that Ukraine will slam sanctions against Belarusian companies that directly supply products to militants. And not only Ukraine: we will spare no efforts to ensure that sanctions were introduced by the European Union as well," Kizim said.

He said that Ukrainian special service are probing into the issue

"Such enterprises will be banned from Ukrainian market, that's for sure," the ambassador said.

To cite an example, the ambassador said the Belarus company Kommunarka that has recently admitted of working with the separatist Donbas republics, will be definitely blacklisted and will be banned from exporting to Ukraine.