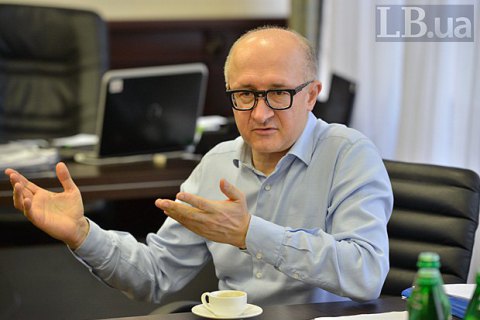 "Today, the Supreme and High Courts includes 330 judges, the composition will include only 200 justices. So far, we have selected 120. This is the first difference between the new and old courts. The second is that the new Supreme Court will, in addition to judges, will include lawyers and scholars. At the different stages of the contest, candidates without judicial background would make up to 30%," he said.

"24% of lawyers, academics and candidates combined experiences, won the competition to the new Supreme Court. The current courts and the Supreme Court did not have anyone without judicial experience. In other countries, eg Portugal, whose judiciary system is very similar to Ukraine, the quota for scientists and lawyers in the Supreme Court is only 10%," Kozyakov added.

Meanwhile, only five out the 18 current Supreme Court justices, have successfully passed all stages of the contest.

"The composition of the Supreme Court will be updated by 96%, if the Supreme Council of Justice approves the results of the contest. Such a significant update is positive achievement, although for the time being it is only statistics. The results of the contest will be clearer after at least a thousand decisions issued by the new Supreme Court or six-month of its work. We may appoint new, very honest people but they can start take bribes the next day on the job, or vice versa: people from the old system, as they say now, can prove to be quite decent persons," Kozyakov concluded.

On 27 July, the High Qualification Commission of Judges determined the winners of the contest for 120 positions of judges of the new Supreme Court.

Candidates for the winners will be considered by the Supreme Council of Justice, and then handed over to President Poroshenko for approval.

Commenting on the results of the contest, the president said that this was only the beginning of the renewal of the judicial system and urged the lawmakers to pass all necessary changes to the procedural codes.

The US Embassy in Kyiv issued a statement last month expressing concerns regarding the integrity of at least some winners of the contest to the new Supreme Court.