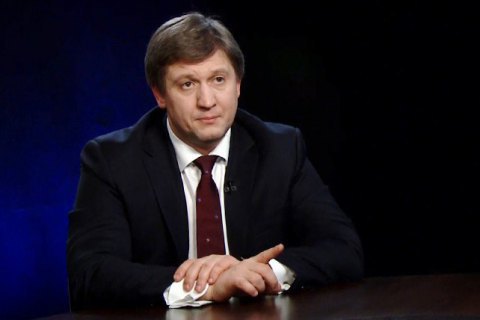 The Prosecutor-General's Office is conducting an investigation against Finance Minister Oleksandr Danilyuk for tax evasion, PGO said with a reference to a warrant issued by Kyiv's Pechersk District Court on 18 July.

The court ordered the State Fiscal Service to check the minister for compliance with the requirements of tax and currency legislation during the period from 1998–2016. The PGO is suspecting the official of evading taxes and fees.

According to the PGO, Danilyuk, when heading the coordinating center for the implementation of economic reforms under the President's Administration of Viktor Yanukovych in 2010–2014, has purchased a 290 sq. m house worth 2 mn hryvnia and a BMW X5 car.

In addition, in 2014, Danilyuk made a 519.6 thousand hryvnia deposit in Ukrsotsbank.

Meanwhile, Danilyuk's aggregated income in 2010–2014 556.1 thousand hryvnya, according to his tax record.

Last April, the parliament appointed the then deputy head of the presidential administration, Oleksandr Danilyuk, as the minister of finance.