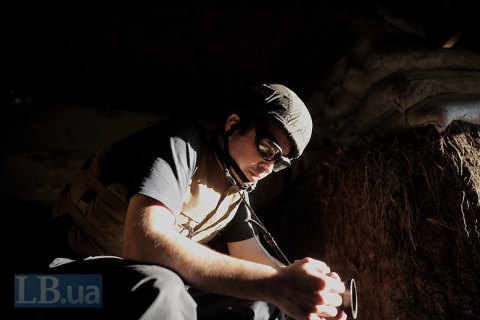 Over the past day, Sunday, Donbas militants 26 times have violated the ceasefire in the area of the anti-terrorist operation in Donbas. As a result, four Ukrainian servicemen were wounded, the press center of ATO reported in Facebook on Monday, 31 July. The enemy increased shelling attacks after 18:00 on Sunday, especially in the Luhansk sector. From grenade launchers and small arms, militants on several occasions shelled the positions of the ATO forces in Novooleksandrivka, Novotoshkivske, and Stanytsya Luhanska, and fired mortars at Ukrainian strong points in Krymske at around 21:00.

In the Donetsk sector, the terrorists fired grenade launchers and heavy machine guns upon the ATO strong points in Zaitseve and Butivka coalmine. Two Ukrainian soldiers were wounded in the shelling. In addition, Ukrainian defenders of Mayorske and Avdiyivka were shelled from grenade launchers.

In Mariupol sector, an ATO trooper was wounded at around 18:00. The enemy fired 82-mm mortars at Pavlopil and Hnutove.