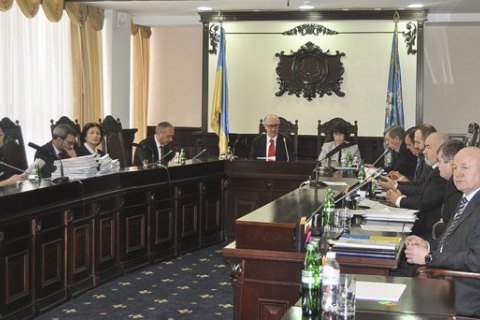 The High Qualification Commission of Judges (HQCJ) on Thursday determined the winners of the contest in the new Supreme Court. The HQCJ previously discarded some candidates, in particular the current head of the Supreme Court Yaroslav Romanyuk, who has filed an application with the intention to resign.

The rating lists of candidates are published on the official website of the commission.

"Among the winners of the contest are professors of higher educational institutions, a volunteer judge who has defended Donetsk airport, human rights advocates with experience in the European Court of Human Rights, lawyers who have received education in leading international universities I hope that they will become new faces of Ukrainian justice," said Serhiy Koziakov, the Commission's chair.

The competition for the Supreme Court started on November 7, 2016. 1,436 participants have stated the desire to run for top judge posts, of whom 846 people actually applied for participation, and 653 were admitted to the competition, including 625 – for the qualification assessment.

The HQCJ has interviewed 381 candidates.

Based on the results of the competitive selection, the Commission will send to the Supreme Council of Justice the recommendation on the appointment of 120 candidates as cassation judges in the Supreme Court, 30 judges in each of administrative, economic, criminal and civil courts.