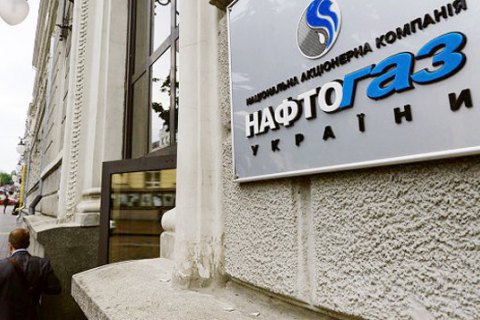 The government of Ukraine says it will not compensate the state-owned Naftohaz Ukrainy for the sale of natural gas at a fixed price to the public.

The vice-premier Volodymyr Kistion reminded that the main task of Naftohaz is to ensure public interests in the natural gas market and protect consumers' rights rather than obtain super profits, according to the government website.

Kistion referred to a cabinet resolution outlining the "Basic Principles for the Implementation of State Ownership of Naftohaz."

The official said that although the Ukrainian government is creating market conditions in the utility gas segment, but it is inacceptable for a state-owned company to seek super-profits at the expense of the unprotected layers of the population.

"The current size of Naftohaz earnings rules out the payment of any compensations for the supply of utility gas at the so-called special price," the deputy prime minister said and went on to say that the company does not bear any economically justified losses from selling gas to the population at the special price of 4,942 hryvnyas per 1,000 cu.m.

He recalled that Naftohaz posted the net profit of 22.5bn hryvnyas in 2016.

"In the structure of Naftohaz supplies, 95% of utility gas is sold at the so-called special price. So what additional compensation are they talking about with net earnings like these?" Kistion protested.

"At this stage of reforms in the economy that are aimed to increase the incomes of Ukrainian citizens, placing special obligations on Naftohaz is an entirely legitimate policy on behalf of the government," the deputy prime minister said.

On 19 July, Kyiv's District Court took the side of Naftogaz and ordered the Cabinet to work out a compensation procedure for Naftohaz for selling natural gas at a fixed price to the population, religious organizations, and heat-generating companies.

The decision of the court can be appealed against.