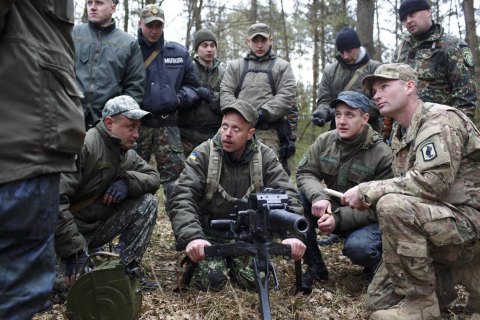 The Pentagon and the US Department of State have already developed a plan to provide Ukraine with lethal defensive weapons and are awaiting White House approval, the Voice of America reported on 31 August.

The position of US President Donald Trump on this issue is not yet known, an unnamed high-ranking US government official said told the Wall Street Journal.

"It's about time," Sen. John McCain responded on Twitter.

Under the Pentagon and State Department proposal, the U.S. would provide anti-tank weapons, most likely Javelin missiles, as well as possibly anti-aircraft weapons, in addition to other arms, the WSJ reported citing sources in the US government.

Ukraine has long been trying to get the Javelins to effectively combat the Russia-made armored vehicles.

According to plans, anti-tank missiles will be provided to Ukrainian troops in the distance from the conflict line in order to limit the risks of escalation and reduce the possible risks that the provision of weapons can induce Kyivto attack, the WSJ said.

If Ukraine does not use weapons as intended, Washington may withdraw this support or technical assistance.

Since the beginning of hostilities in Donbas, Washington aid mostly boiled down to the supplies of the so-called non-lethal support and defence exercises.