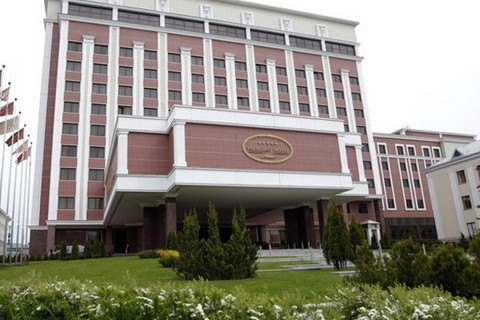 The hotel in Minsk, where the negotiators are held
Photo: Photo: solydarnist.org

A meeting of the Tripartite Contact Group for peaceful settlement in Donbas started at about 12:30 in Minsk, the spokeswoman of Ukraine's representative at the talks, Leonid Kuchma, Darka Olifer said in a Facebook release on Wednesday.

The previous meeting of the TCG was held on 19 July.

In the period between the two meetings, President of Ukraine Petro Poroshenko, spoke with French President Emmanuel Macron, German Federal Chancellor Angela Merkel and Russian President Volodymyr Putin in the "Normandy format". The leaders also heard the report of the head of the special monitoring mission of the OSCE in Ukraine Yerturul Apakan and his deputy Alexander Hug.

During the two-hour conversation, an agreement was reached on finalization of the road map for the implementation of the Minsk agreements. To this end, foreign policy advisers of the heads of state of the "Normandy format" a slated to meet in the second half of August.