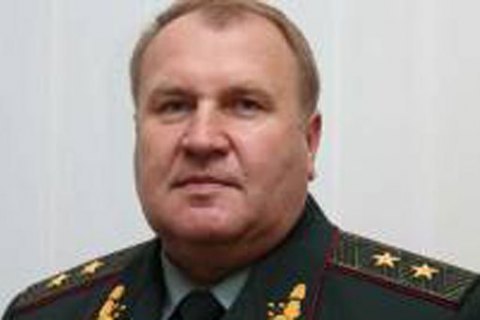 The Kyiv Court of Appeal overturned the sentence to 10 years in prison and released from custody the former Director of the Support Department in the State Border Guard Service, Oleh Lantvoyt.

"The court announced the full text of the ruling on July 31. The complaint is granted, the verdict is overturned, the proceedings are closed. The court of appeal found no evidence of Lantvoyt's guilt," Ukrainian lawyer Serhiy Koziy told Ukrainian News on Thursday, 3 August.

Lantvoyt, who was jailed in November 2015, was released from custody and restored to the rank of lieutenant-general.

The lawyer noted that the appeal consideration has lasted for over eighteen months because of the repeated change of the panel of judges.

Kyiv's Darnitsky District Court on 3 November, 2015 sentenced Lantvoyt to 10 years in prison with confiscation of property for a 349,100 hryvnia bribe and deprived him of the service rank.

A businessman, whose firm sells military and hunting equipment, offered the bribe to the general to facilitate the procurement of bullet-proof vests for the border guards involved in the ATO operation from his company.

Lantvoyt has served in the State Border Service since 2002.