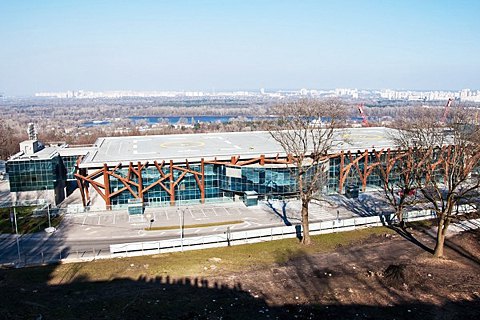 "The Court of Appeal of the Kyiv city on the recommendation of the Prosecutor's General Office ruled to arrest and prohibit using, disposing and expropriating land areas of more than two hectares and real estate objects located on these sites of the so-called Yanukovych's helicopter landing site, owned by Amadeus Co. Ltd.," Lutsenko wrote on Facebook Friday.

He said that the property had been transferred to the responsible storage of the state enterprise Financing of Infrastructure Projects.

Amadeus Co. Ltd. was the customer of the construction of a helicopter pad for the former president of Ukraine Viktor Yanukovych.

The helicopter platform in Kyiv several hundred meters from the Verkhovna Rada was commissioned on 6 June, 2012. It was supposed to be used by the then president Viktor Yanukovych to get to and from his residence in Mezhyhiria outside Kyiv.

In the summer of 2016, Prosecutor General Yuriy Lutsenko said that the helipad construction was financed from illegal VAT refunds.