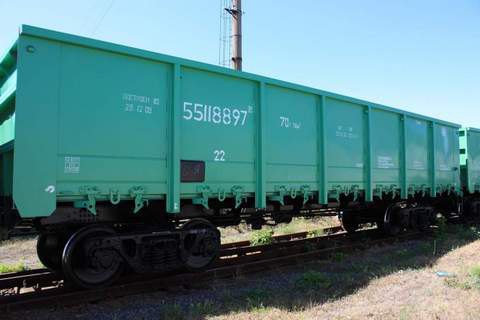 Kyiv's Pechersk District Court ruled to transfer 1000 new open wagons, which belong to the company of the former tax minister Oleksandr Klimenko, to the operational management of PJSC Ukrzaliznytsya, the national rail operator.

"The main military prosecutor's office handed over 1000 arrested railway gondola cars, the most needed rolling stock, which belonged to Unison Group. In accordance with the decision of the Pechersk Court, the Main Military Prosecutor's Office, in order to avoid corruption risks and insinuations transferred these cars into the operational ownership of Ukrzaliznytsya," said the chief military prosecutor Anatoly Matios, who is overseeing the case against Klimenko.

This move will seriously shake the financial position of Klimenko, whose income from renting out of these cars, according to Matios, was at 10–12 mn hryvnia every month.

The total cost of the cars is about 40 mn dollars.

Matios said that the prosecutor's office will continue to seek full confiscation of the cars.

Earlier, the Prosecutor-General's Office said that Klimenko has used 788 mn dollars that he has withdrawn to offshore companies to purchase movable and immovable property thaty until recently generated profit for him.

Throughout 2011–2013, Klimenko created a number of offshore companies, the ultimate owner of which was his father. Klimenko and his accomplices legalized the embezzled 788 mn dollars in crime proceeds through European banks and placed them on the accounts of the Unison Group, the media holding Vesti and the two asset management companies owned by the Klimenko family.

Klimenko was known as the "pocket banker" of the family of the ousted president Yanukovych.

Incomes from the rent of these rail cars have been the main source of funding for the media holding Vesti.