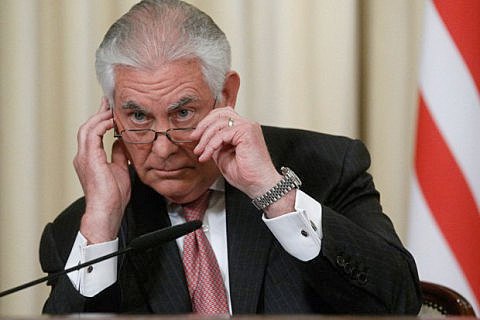 Russia "expressed some willingness to resume talks about the crisis in Ukraine", said US Secretary of State Rex Tillerson after a meeting with Russian Foreign Minister Sergei Lavrov.

Tillerson told reporters on Monday that Washington seeks to cooperate with Moscow and considers it senseless to but all ties over disagreements, Reuters reports.

The US special envoy for Ukraine Kurt Volker will soon visit Russia and meet with presidential aide Vladislav Surkov.

On 23-24 July Volker was in Ukraine. In particular, he visited the frontline in the areas of Avdiyivka and Kramatorsk and admitted that wahat was going on in Donbas is "not a frozen conflict, but a hot war."