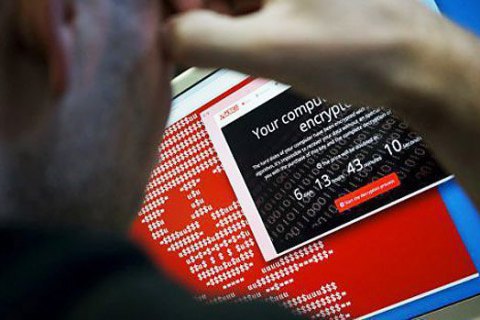 A number of Ukrainian companies have deliberately infected their computer systems with the malware Petya to conceal their criminal activity and evade payment of fines, Ukrainian cyberpolice said in statement on its website on Monday, 7 August.

Police says the managers of such companies are under investigation.

Earlier, Cyberpolice exposed a 51-year-old resident of Nikopol who distributes the Petya virus.

The suspect posted a video online with a detailed description of how to run the virus on computers and a link to his page in a social network from where the virus could be downloaded.

The virus has been downloaded to about 400 computers, cyberpolice said.

Police has searched the suspect's residence and will soon decide declaring suspicion.

In late July, a law came into force that provides for the release of taxpayers from fines for late registration in tax registers of tax and excise bills and calculations of adjustments compiled during the period from June 1 to June 30. The regulation was adopted to help businesses cope with the consequences of cyberattacks.

On June 27, Ukraine sustained the largest in its history virus attack that dealt a serious blow to Ukrainian businesses and governmental institutions.

The nation's stock market was completely frozen, the banking system and the insurance market were largely paralyzed at the end of the second quarter.