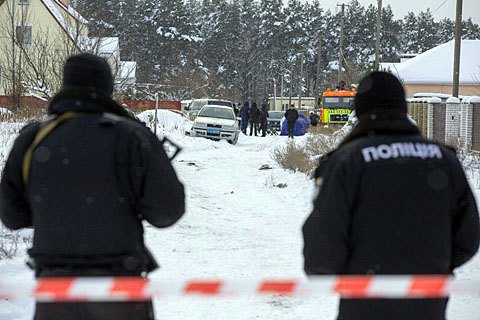 Kyiv's Pechersk District Court on 1 September warranted the home arrest for the former head of the criminal investigation department of the metropolitan police, Leonid Kuryat, who is a suspect in the case of a police shootout in Knyazhychy.

The prosecution requested Kuryat to be taken in custody but the judge found that round-the-clock house arrest would be a sufficient preventive measure.

Prosecutors believe that it was Kuryat who gave the order to shoot and brought as evidence the records of phone conversations, as well as video from the surveillance cameras in Knyazhychy.

In the early hours of 4 December, 2016 Kyiv criminal police with the support of the KORD special forces conducted an operation to detain the robbers in the village of Knyazhychy outside Ukrainian capital. A branch of the Brovary police department came to the scene, in responce to security alarm signal in one of the neighboring houses. State security officers for some reason detained two employees of the Office of the Operational Service of the Main Police of the National Police in Kyiv, who took part in the operation. In the ensuing shootout between the SSS and the capture group, with five policemen were killed.

In January 2017, seven policemen were dismissed and nine were disciplined following shootout

At the end of August 2017, the Prosecutor-General's Office reported suspicion to three persons in the context of the Knyazhychy investigation on the charges of excess of power and manslaughter.