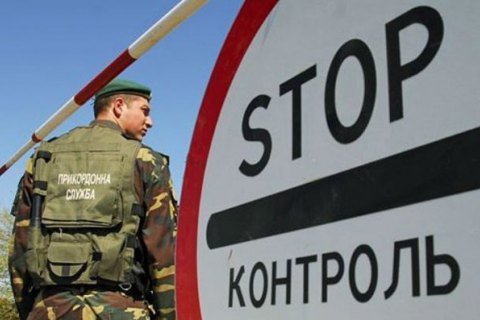 The system for fixing biometric data of citizens on the state border will be introduced starting 1 January next year, President Petro Poroshenko said 1 September during the opening ceremony of a center for the provision of administrative services in Kharkiv.

"In accordance with a decision of the National Security and Defence Council (NSDC) that will be made public in a few days, the system for fixing biometric data at the checkpoints across the state border. The system that should be officially launched on 1 January, 2018, will use the Unified National System of Biometric Identification and Verification of Ukrainian Citizens, Foreigners and Stateless Persons," Poroshenko said.

In the implementation of the package of measures, an important role is assigned to centers for the provision of administrative services.

The press service of the head of state said that the government of Ukraine is to approve the list of countries whose citizens will have to submit their biometric data.

Under the new procedure for entering Ukraine, a foreigner must in advance inform about the intention to enter Ukraine, at the border there will be fixing the data of the biometric passport (or the taking of biometric data), and will have to register at the place of stay on arrival.

In July, Poroshenko said that Ukraine will introduce biometric control for foreigners crossing the state border. The NSDC stressed that mandatory registration for Russians should be introduced.

Ukraine's Foreign Minister Pavlo Klimkin has assured that the introduction of biometric control for foreigners "will not have practical consequences for the citizens of the European Union.