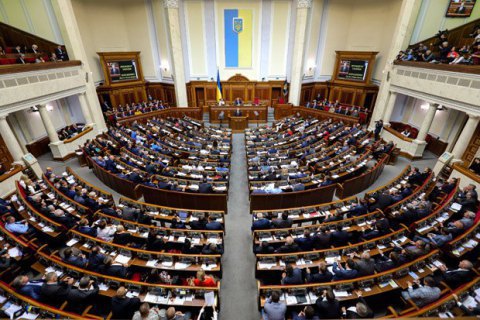 The Verkhovna Rada on Thursday, 7 September exempted from taxation the incomes of foreign investors received from operations with government foreign loan bonds and local loan bonds.

The bill, supported by 236 deputies with the minimum required 226, amends some provisions of the Tax Code to resolve the issue and eliminate discrepancies between the exemption from paying taxes on the income of foreign investors received from transactions with government bonds, local loan bonds, and income derived from operations with guaranteed debt.

The authors of the bill said the legislation will spur investments in Ukrainian government bonds and national economy.

Last September, the Cabinet approved a list of foreign stock exchanges to regulate the taxation of incomes of non-residents who place bonds on these exchanges and receive income from providing loans to residents.

In accordance with the Tax Code, the income of a non-resident from economic activities (with a source of origin in Ukraine) is subject to 15% rate taxation. If such incomes of non-residents are received from the provision of loans to residents, then they are taxed at the rate of 5%.