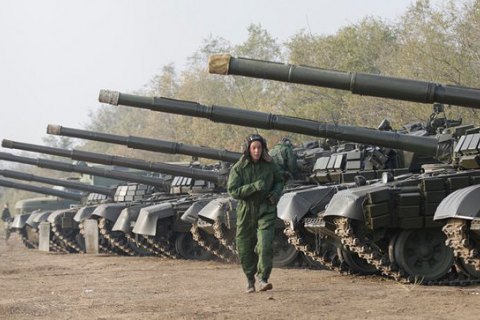 President Petro Poroshenko believes that Russia is preparing for an offensive war of a continental scale.

"So far, there are no signs that Moscow is ready to retreat from Donbas or withdraw from Crimea, but there are more and more proofs of its preparation for an offensive war of a continental scale, like, for example, the Russia-Belarus exercise 'West-2017', the president told the parliament on Thursday, 7 September in his annual message to about the internal and external situation of Ukraine.

"7,000 platforms with soldiers and equipment have approached or are approaching our borders. Unfortunately, there are no guarantees that after the exercise all of them will return home to Russia from Belarus," Poroshenko said

He cited the example of 2014, when "under the guise of allegedly ensuring the security of the Olympics in Sochi, Russia deployed a grouping to carry out a special operation to seize Crimea." Also, when the Caucasus 2008 exercises were held in late July 2008, Russian troops, involved in the exercise, instead of returning to the permanent sites of deployment, attacked Georgia," the president reminded.